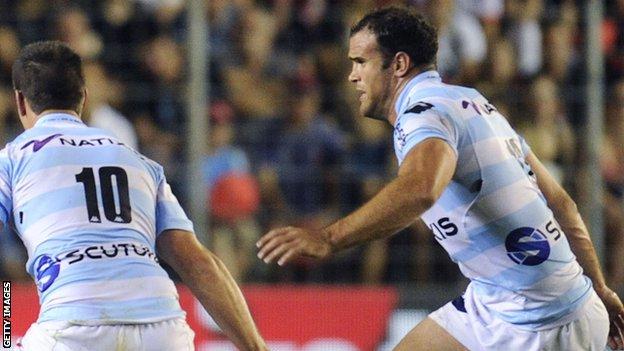 Centre Jamie Roberts could be out of Wales' Test series in November following ankle surgery.

But the 2013 British and Irish Lion hopes to defy medical opinion and be fit to face South Africa, Argentina, Tonga and Australia in the autumn.

"The doctors seem to think I'll be out for a good few months," Roberts told BBC Wales.

"But I will be working on my rehab, trying my best to be fit for selection."

The series ends against Australia on Saturday, 30 November.

Roberts, 26, damaged his ankle in Racing's 19-16 defeat of Perpignan in the Top 14 clash in Paris on Sunday, 9 September.

Lions series winner Roberts, who qualified as a doctor before joining the Paris-based club from Cardiff Blues, has played three games for Racing since making the move.

He scored a try in the Lions' 41-16 third Test victory over Australia in Sydney to clinch a first Test series win for 16 years.