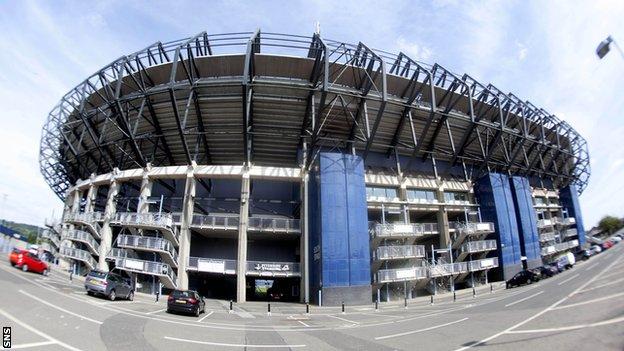 Scotland's solicitor general, Lesley Thomson, has become the first woman to be appointed to Scottish Rugby's board.

Ms Thomson is a supporter of Scottish Premiership leaders Melrose and a former committee member at the club.

She pointed out she had been an "enthusiastic volunteer" for many years "in a variety of roles from midi-convenor to fixture secretary".

"I'm very much looking forward to contributing to the work of the board," said Ms Thomson.

Scottish Rugby says she was appointed after an open recruitment process and replaces Jock Millican, the former international back-row forward and Edinburgh businessman who has completed his term on the board.

Finance director Andrew Healy was also confirmed as having joined the board.

Morgan Academy FP centre Douglas Russell has been banned for 10 weeks up to 9 November following a match against Perthshire at North Inch.

Selkirk captain Andrew Renwick's suspension runs for nine weeks until 2 November for his offence during a game against Watsonians at Philiphaugh.

Scottish Rugby's head of regulation, Graham Ireland, said: "We made it clear at the annual general meeting that referee abuse is unacceptable and that it will not be tolerated.

"Given that respect is one of our sport's core values, it is disappointing to see that these two individuals, to date, have not taken on board what we have said.

"However, hopefully the sanctions imposed by the independent panel will acts a deterrent to others and that there will be no repeat of such behaviour throughout the remainder of the season."