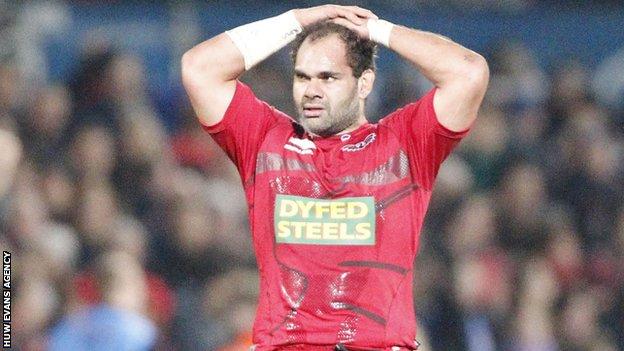 The Scarlets have confirmed Fiji prop Deacon Manu has broken a bone in his arm during their win against Treviso in the Pro 12.

The Fiji captain is likely to have an operation on Friday and looks set to be out for around three months.

Coach Simon Easterby is now looking at the possibility of trying to sign another prop as cover for Manu.

"It is something that we'll probably have to look at," said former Ireland flanker Easterby.

"It's disappointing to lose Deacs with his experience, but we'll probably have to have a look at how we can manage that situation."

The Scarlets secured a first win in the Pro12, with their 26-10 win over Treviso at Parc Y Scarlets on Saturday.

And they travel to Newport Gwent Dragons - the first Welsh derby of the season - on Friday.