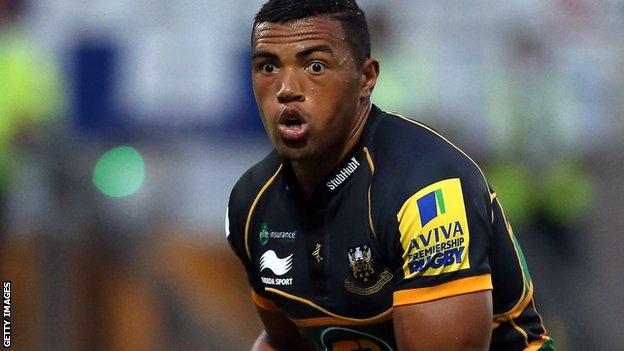 Northampton Saints' Luther Burrell says their previously poor results against the top teams do not concern them.

After a 13-6 victory over Harlequins, Saints lie second in the Premiership, with two wins out of two.

"There's been talk about us not being able to beat the top four teams but we're not reading too much into that," Burrell told BBC Radio Northampton.

"Getting a victory against Harlequins, who were title winners a few years ago, is a massive success for us."

Northampton have struggled to beat the top sides in recent years, despite reaching the Premiership final in May.

But a stunning performance in the semi-final play-off against Saracens, and a determined second-half battle against Leicester following captain Dylan Hartley's red card in the final, demonstrated their ability to challenge for the title this year.

"Last year we were good on the road, so it is about backing that up this year. Coming away from home, in those conditions, deserves a massive pat on the back for the boys.

"I wouldn't say we're too confident - we've got some good players.

"Stephen Myler has stepped up this season, directing the boys from the back, but we've got to take it week by week to get these victories away from home."

Saints now face a trip to Kingsholm to face Gloucester.

"Gloucester could be title contenders this year," said Burrell.

"They've got some fantastic players like Billy Twelvetrees, Freddie Burns and Jonny May."