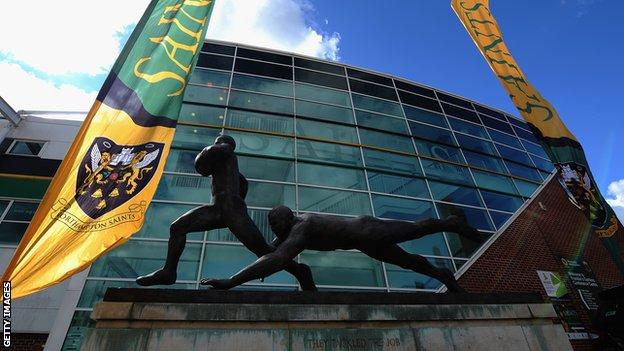 Northampton Saints have made Tony Hewitt their new chairman.

Hewitt, who has been involved with Saints for 25 years, held the role of acting-chairman since June and the late Leon Barwell's illness.

Hewitt said: "Over the last 18 years Keith [Barwell], and then Leon, have set a very high standard as to what it means to be chairman of Northampton.

"Without their investment, vision and hard work, Saints would not be where we are. They are a hard act to follow."

Hewitt joined the club's board of directors when the game turned professional in 1995, having worked in the commercial property market for 40 years. He became vice-chairman in 2011.

"We are now in the enviable position where we are matching playing success with consistent profitability, and this stems from the foundations that the Barwells laid two decades ago," said Hewitt.

"It is important that we continue balancing the need to maintain that profitability, which enables us to invest in the playing squad and challenge for the silverware at the end of the season, with retaining the unique ethos that makes the Saints such a special club.

"It is certainly a massive responsibility and I am committed to maintaining our record of investment and growth, while also continuing open communications with our supporters.

"The dialogue with our supporters will continue with our season ticket holders' forum next Monday."

The shareholders' annual general meeting also confirmed the appointment of John White as deputy chairman and Keith Barwell as the club's president.

White joined the board of directors in November 2012, having played for Saints in the late 1970s.

Keith Barwell first invested in Saints in 1995 and helped the club with the transition to professionalism, running the club as chairman until 2011.

He was awarded an OBE in 2009 for his services to Northampton and remained on the board of directors at the club, which he will now combine with the role as president.