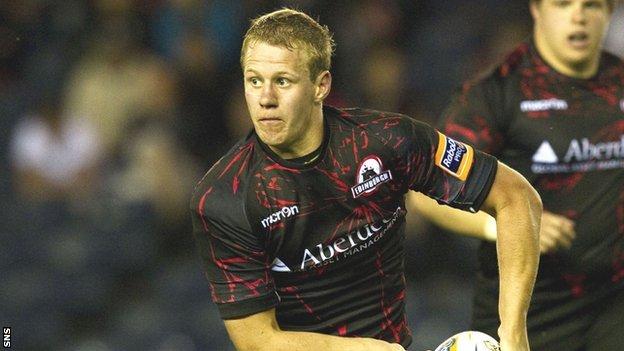 Edinburgh stand-off Gregor Hunter could miss the rest of the season after suffering a serious knee injury.

Hunter damaged his anterior cruciate ligament while appearing for Hawick against Glasgow Hawks in the Premiership last month.

The 21-year-old from Galashiels face a nine-month lay-off following surgery.

On Twitter, he said: "Appreciate the messages today, gutted to be out of action for a while! Hopefully a speedy recovery!"

Harry Leonard played at stand-off in Friday's 16-13 win over Dragons.