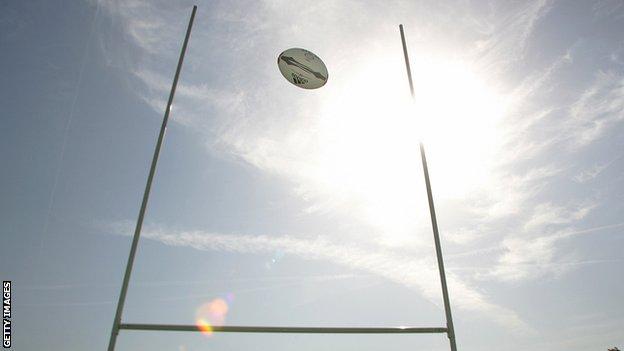 Scottish rugby suffered two body blows this week and, rather like boxer Ricky Burns who "drew" with his opponent after getting one heck of a hiding from opponent Raymundo Beltran, it's a little battered, a little broken and in need of time off the canvas.

It's hard to tell which blow took us more by surprise, the first ever positive steroids test in the history of Scottish rugby, or the fact that and think it's unfair that so many Scottish, Welsh and Irish teams qualify for the Heineken Cup from a league without relegation.

But let's start with to bulk up and get on in rugby, and leave the Heineken Cup for another day.

The public statement made by Sam Chalmers, son of one of our finest ever players Craig, is that he is sorry and that he got the stuff off the internet. It has shades of the convenient "lone wolf" theory about it. Was he the only player to get this stuff? Did he talk to other players about it?

What I don't buy is that players are under pressure to buy steroids. It's cheating. The moment you buy the things you are cheating. You know it's not allowed. You are hoping the drug testers never get to you.

Some players may have contemplated taking steroids but chosen not to do so. If you're not big enough then choose another profession. It's not a game for all shapes and sizes any more.

Coaches involved in age-group rugby tell me that weight training and supplements appear to be going hand in hand. Young players go to the gym after taking supplements, they drink supplements during their training, and immediately afterwards.

Perhaps they are being indoctrinated into thinking that there is no way to do this consuming food alone. Maybe, just maybe, the logical next step from that is that artificial aids help, and the last resort - and illegal - artificial aid is your steroid of choice.

So is it possible to get big enough taking food alone?

The IRB has its latest drug test figures on its website. It states: "The IRB carried out 1,542 tests both in and out of competition in 2012, across all IRB tournaments and events, including the HSBC Sevens World Series, Rugby World Cup 2015 qualifiers, men's and women's Tests and Age Grade Rugby.

"The programme saw a total of 21 anti-doping rule violation cases, equating to 1.36% of the IRB's entire programme."

That means around 1.4% of elite level players take drugs and try to get away with it. Some of them, you can see from the website, were caught taking the steroid favoured by both Sam Chalmers and disgraced Canadian sprinter Ben Johnson, stanozolol.

The 2011 Word Anti-Doping Agency figures, also available on the IRB website, show there were 5,553 drug tests globally in rugby in 2011, and 61 violations within them - just over 1%.

My guess is that there are more chancing it lower down the leagues, or in that scramble to get into the system - but I don't know.

When I was in South Africa covering the 1995 Rugby World Cup I wrote then what I repeat now - that the biggest growth in requests at GPs in Capetown nearly 20 years ago was from schoolboys wanting prescriptions for steroids. They were often accompanied by parents.

Could this happen here?

Sam Chalmers was in the most susceptible group, which is young lads who want to get into professional, or at least top-level, rugby.

It's going to be tough on him. But life's not easy. It wasn't easy for the players and coaches in the "Bloodgate" affair, or in the various eye-gouging allegations, nor for the other 60-odd rugby players caught by the IRB taking drugs or tampering with their samples.

This is a test. He does his time and then he gets back in the game.

I will leave you with this thought: I bet you he wasn't alone in this. And I bet there are younger players than Sam Chalmers who haven't been caught.

What do you think? Are there pressures on players to take steroids?