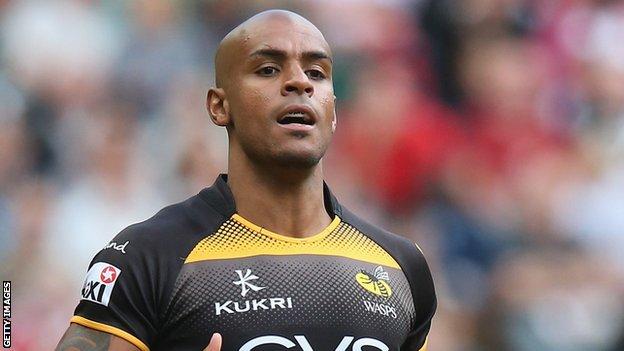 London Wasps wing Tom Varndell and number eight Rory Pitman will be out injured for up to four months.

Varndell, last season's top Premiership try-scorer with 13, will have surgery on a ruptured biceps this week.

The 27-year-old four-time England cap tweeted: "I'm gutted about the injury, but hoping to get back ASAP with plenty of rugby to play still."

Pitman, 23, will also have an operation on ankle ligament damage suffered in an A League game on Monday night.

He has yet to make his senior Wasps debut since joining from Rotherham in the summer.

Both are expected to be sidelined for three to four months.