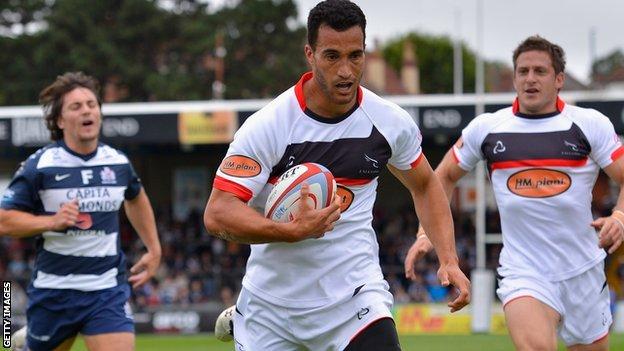 Newcastle Falcons centre Tane Tu'ipulotu has been forced to retire with a knee injury.

The 32-year-old Tongan helped the Falcons to promotion back to the Premiership last season in his second spell with the club.

Falcons director of rugby Dean Richards said: "I'm disappointed and it's a big blow to the team.

"Players of Tane's quality don't come around very often, and it's a massive loss to the side."

Tu'ipulotu played 83 games from the club in his first spell from 2008 to 2011 before heading to Japan.

"It's a painfully tough decision for me to make to stop doing something that I've always loved since a young lad growing up in Tonga," he said.