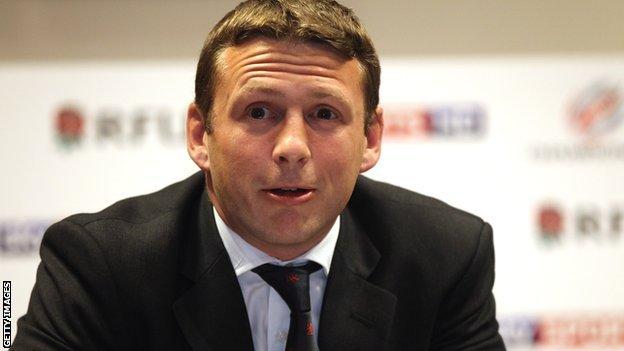 Simon Amor will leave his post as director of rugby at London Scottish to become England's new sevens head coach.

The 34-year-old, who won four Hong Kong sevens titles during his playing career, will lead England in the Sevens world series later this season as well as the 2014 Commonwealth Games.

"I am delighted to have been given the chance to lead England sevens at such an exciting time in the development of the sport," he said.

Rugby sevens will make its debut as an Olympic sport at the Rio Games in 2016.

"I have thoroughly enjoyed my time putting the full-time programme in place at London Scottish," Amor added.

"The future for the club in the Championship looks very bright, and I am grateful for the opportunity they have given me to develop my career."