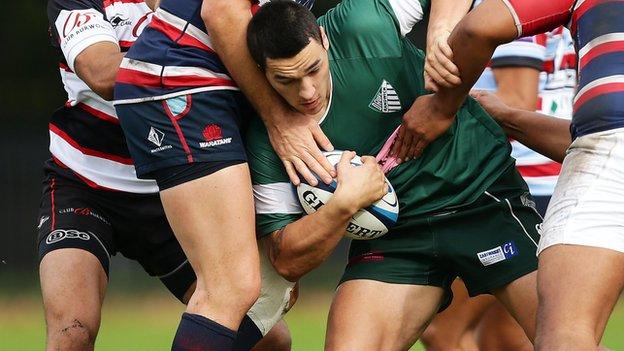 The 21-year-old, who has spent time with the Waratahs, has joined because Matt Smith may be out for three months.

Cockerill told BBC Radio Leicester's Rugby Show: "We have some issues in the middle of the field.

"He has a lot of developing to do but he has good hands, good footwork and is physical in the ball carry."

Smith faces a spell on the sidelines after breaking and dislocating his thumb - and England's Manu Tuilagi is also sidelined.

Cockerill added: "That's where we are a little bit light at the moment. We have to cover every eventuality.

"Hopefully he can be a backs version of Steve Mafi. With the salary cap, you have to get guys and develop them and polish their skills."