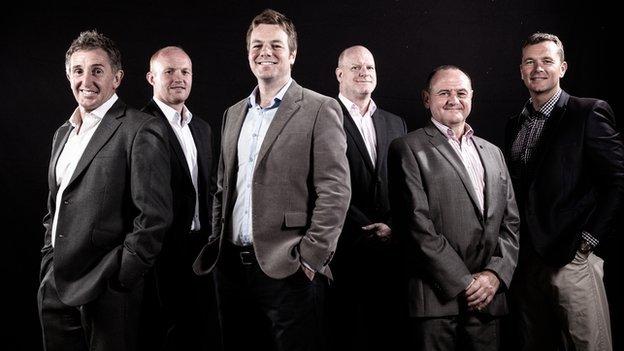 As British and Irish Lions stars return to the four Welsh regions for a new season of Pro12 rugby, Scrum V launches an online-only programme on Sunday.

There is extra content, and interviews, with viewers asked to send comments and questions to the pundits.

To watch and get involved, go to bbc.co.uk/scrumv immediately after the Sunday show on BBC Two Wales.

You can ask the team questions by emailing scrumv@bbc.co.uk, or tweet them using #ScrumV. A selection will be put to the pundits.

Scrum V Extra Time will be produced most Sundays during the Pro12 season following the early evening TV transmission (but not the late night repeat).