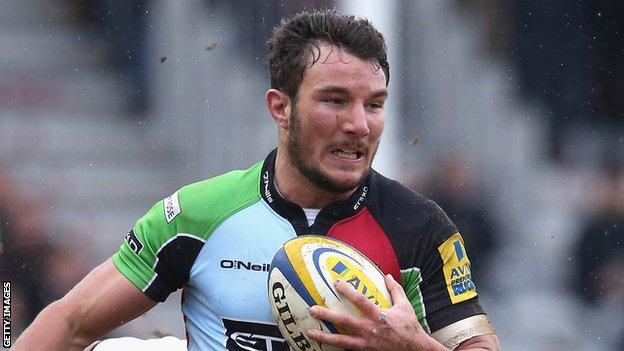 Harlequins centre George Lowe has extended his contract with the club until the end of the 2015-16 season.

The 23-year-old academy graduate made his first team debut in 2009 and has scored 24 tries in 103 appearances.

"As soon as I was offered a new contract at Harlequins I knew I was going to stay," he said.

"I have grown up at this club and know all the players and coaching staff really well, so it was a very easy decision to make."

Quins director of rugby Conor O'Shea added: "George has incredible experience for someone of his age and in that respect he is now maturing as a player.

"This experience, coupled with George's physical capabilities, should see him move his game on to another level in the coming years."