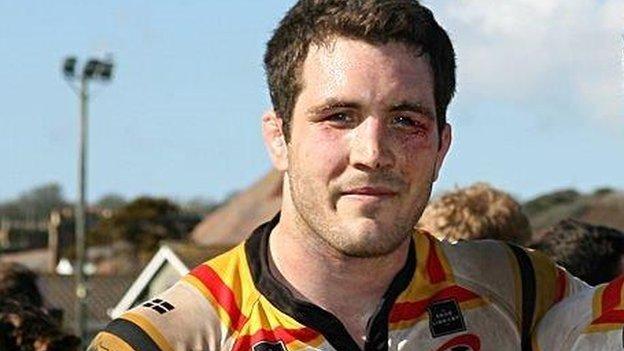 Jersey's Ben Maidment will be available for the start of the Championship season despite his red card in the pre-season friendly against Coventry.

Maidment was dismissed in Jersey's 31-21 victory over the National League One side for striking an opponent.

The 25-year-old pleaded guilty to the charge and a Rugby Football Union disciplinary hearing on Tuesday banned him until 6 September.

Jersey's first league game is against Plymouth Albion on 15 September.

Maidment, who joined from the Cornish Pirates at the end of last season, has also been ordered to pay £250 towards the hearing costs.