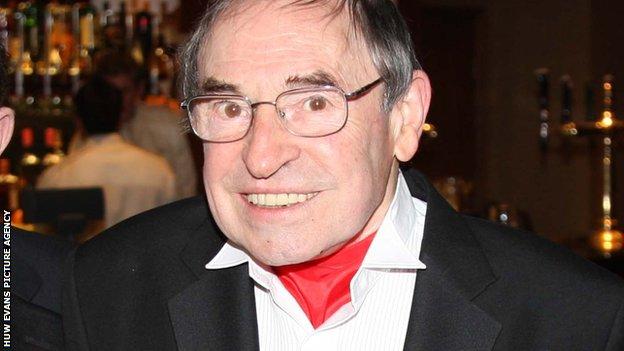 Cliff Morgan's family will wear "a splash of red" for the funeral of the former Wales and British and Irish Lions fly-half.

Morgan, a respected commentator and head of BBC outside broadcasts, died on 29 August aged 83.

The funeral service will take place at Holy Trinity Church, Bembridge, Isle of Wight at 12.30 BST on Friday, 13 September.

The London Welsh choir is to sing at the local sailing club afterwards.

Morgan was one of the most talented fly-halves in the game, before becoming a respected commentator, writer and head of BBC outside broadcasts.

He won 29 caps for Wales, his first in 1951, captained the British and Irish Lions and also played for Cardiff.

Morgan will be forever associated with his commentary on the Barbarians v All Blacks match in 1973.