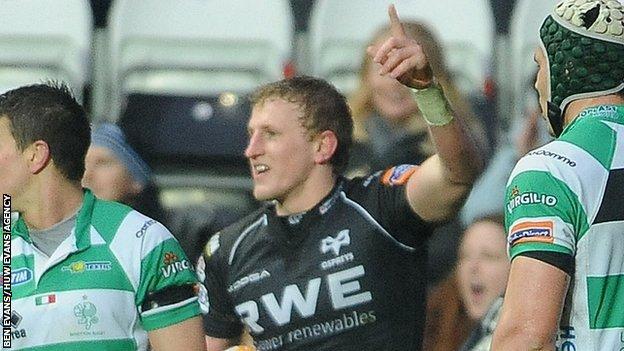 Scott Baldwin's try after Ospreys opted to kick for an attacking line-out gave the Welsh region a 10-9 half-time lead.

A clever box-kick by Tito Tebaldi was caught by Ben John for a second try.

Christian Loamanu nearly snatched a late try that would have brought Treviso level, with a conversion to follow to win it, but he was hit by a gang of Ospreys tacklers as he went for the line and lost the ball.

Ospreys had named three of their British and Irish Lions on the bench - Richard Hibbard, Adam Jones and Ian Evans - and all three forwards came on in the second half to help combat a powerful Treviso pack.