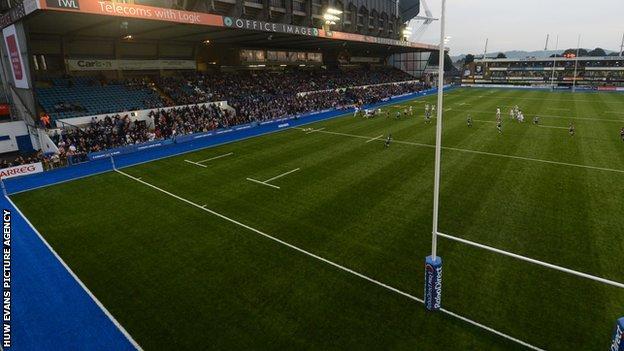 Cardiff Blues beat Sale Sharks 45-24 as the hosts played on their new synthetic pitch for the first time.

The Welsh region invested in the playing surface after a series of matches in 2012-13 took place on a mud-bath at the Arms Park.

More than 7,000 fans witnessed the game and were asked to walk on the pitch after the game to help it bed in.

The Sharks were 17-3 ahead before tries from Tom Williams, Lloyd Williams and Owen Williams helped the hosts win.

Rhys Patchell put over a long-range drop-goal before Dafydd Hewitt and Owen Williams went over to seal victory for the hosts.