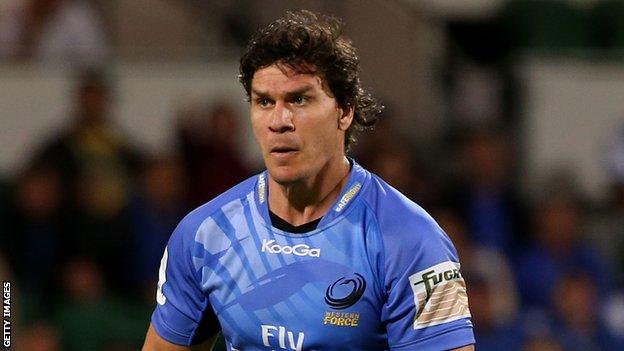 The 31-year-old first moved to Wasps from Saracens in 2009 and played 57 games in two seasons before leaving for Japanese side Kyuden Voltex.

Jacobs then migrated back to his native Australia to play for Force, but has now returned to the Premiership side.

"Ben's experience will be a big asset for us this season," Wasps director of rugby Dai Young told the club website.

"Losing Lee Thomas to retirement was a real disappointment for both ourselves and the players recently but Ben will come into that midfield mix and do a very good job for us."