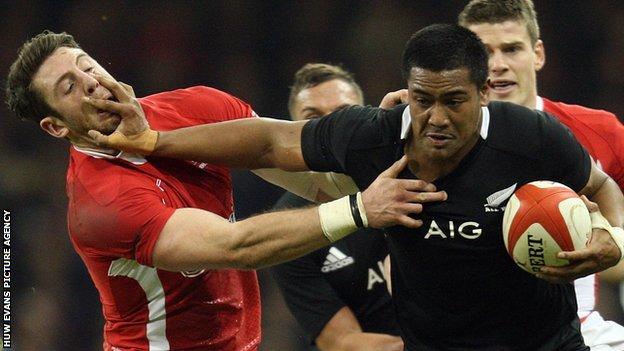 The BBC has agreed a new four-year deal with the Welsh Rugby Union to screen Wales' home autumn Tests until 2018.

The contract ensures viewers will be able to watch Wales' 2013 British and Irish Lions stars take on some of the world's leading nations on the BBC network and online.

BBC director of sport Barbara Slater said: "We're very pleased to have renewed our broadcast deal with the WRU.

"The autumn internationals are popular with audiences and so it is great that BBC Sport will continue to offer comprehensive live coverage of these top international fixtures across all platforms."

Wales, the 2012 and 2013 Six Nations champions, provided 11 of the players who helped the Lions to a final-Test 41-16 win over Australia earlier this month.

Successful Lions coach Warren Gatland will return to his Wales role ahead of the 2013 autumn Tests against South Africa, Argentina, Tonga and Australia at the Millennium Stadium.

Lewis said: "A seat to watch Wales take on four of the top sides in world rugby this November has increased in value, though not in price, as a direct result of the heroics of the likes of Leigh Halfpenny,Sam Warburton and Alun Wyn Jones in Australia this summer.

"Simultaneously the appetite of an international rugby-watching television audience has been whetted and it is fitting that we are able to confirm today that all our autumn internationals will be shown live on BBC network television until the end of 2018."

The agreement also covers potential one-off Test matches, such as fixtures played in the month of June before a summer tour, but does not include any games which will be scheduled in the 'warm-up' period before the 2015 Rugby World Cup.

The WRU also intends to to ensure Saturday afternoon kick-offs become standard for autumn internationals as of 2014.

That means a move away from Wales hosting Friday night games during the autumn period.