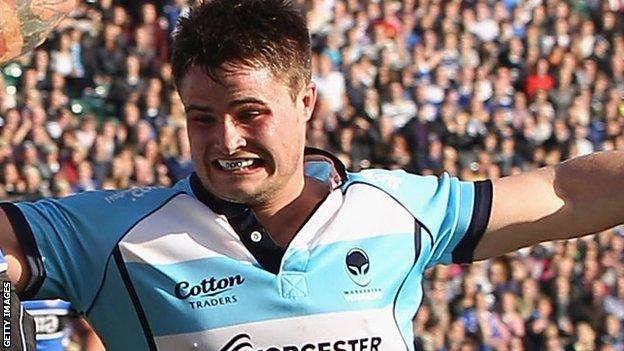 Worcester Warriors hooker Ollie Hayes has re-signed for Bristol after two seasons away from the Memorial Stadium.

The former England Under-18 international made 37 appearances in his first spell at Championship club.

"I'm delighted to be back at Bristol - it's a club that is close to my heart," the 23-year-old said.

Hayes, who played 10 games during his spell at Sixways, is the third Warriors player to switch to the West Country outfit ahead of next season.

Andy Short made his move during the final month of the Championship campaign, while utility back Errie Claassens agreed a deal in January.

"Ollie is a consistent performer who knows Bristol and the values that the club holds," said director of rugby Andy Robinson.

"He's got top flight experience and, as a young player, there is still plenty of time for him to develop."