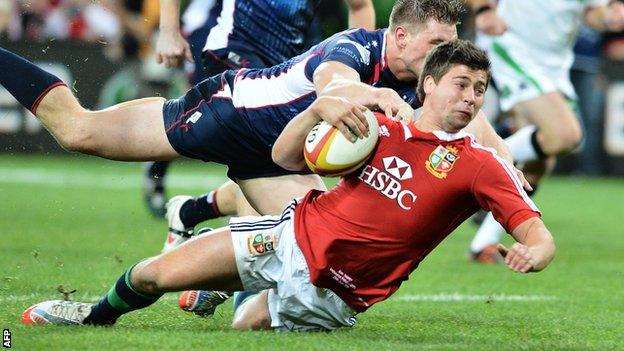 - Why the Lions brought in Tommy Bowe to replace Alex Cuthbert

- The inclusion of prop Mako Vunipola and lock Geoff Parling

- What flanker Dan Lydiate can bring to the side

- The quality of Australia's kicking

- Who he thinks will win the second Test

Jerry answers questions posted on the website at the start of every week - entries are now closed for this Q&A and this week's answers appear below. Look for the Ask Guscott story on Sunday to ask Jerry a question.

Youngs for Phillips is the headline Lions change. What will he add to the team?

Mike Phillips didn't have his best day at the office last week in the first Test. He got caught in possession at least four times, which does nothing for momentum or releasing our dangerous backs, and it looks as though he's paid the price.

Ben Youngs has a snappier, sharper pass and that should give Jonathan Sexton more time to make his choices. It shouldn't change the game plan, that would have been set a while ago.

Personally, I just want Ben Youngs to do what he does better than most - get to the breakdown and whip the ball away and underplay his running for the gap. The space will come.

He's up against the best in the world and that will be motivation alone to try and outplay Will Genia. Nothing silly with quick taps unless it's definitely on and no kicking away turnover ball and Youngs could be our player of the day.

Why have they brought in Bowe for Cuthbert - what does he add to the team? 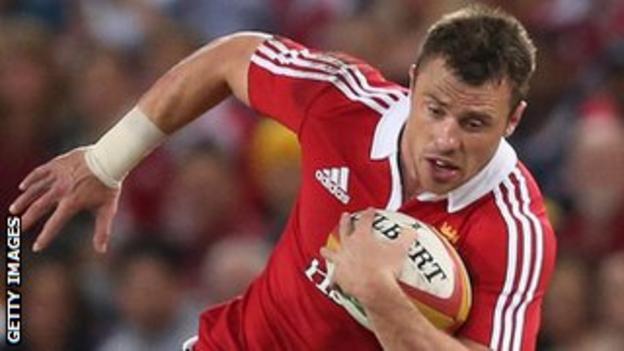 Wing Alex Cuthbert getting dropped is tough to take as a player, especially when he didn't have any glaring errors and scored a great try.

Tommy Bowe would have been picked if fit for the first Test and now he's fit again, I guess Warren Gatland is sticking with his instincts and picking a proven Test player.

In the pressure-cooker atmosphere of Saturday's game, Bowe's experience will be much needed. He has got an outstanding international scoring record and I think he's in good form.

With Vunipola and Parling in the front five, does this weaken the scrum? Is their inclusion a risk?

Lock Geoff Parling has done well on the tour without being an obvious choice because of the performances of Alun Wyn Jones and Paul O'Connell. 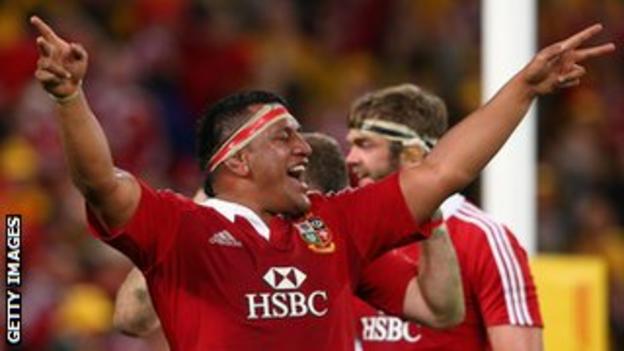 He's a natural leader in the line-out and he will worry the Aussies with his ability to read and steal line-out possession. I couldn't fathom the low impact the new front row coming on had last weekend and I can only hope that has been rectified.

Prop Vunipola has made his mark on the tour and I wish that to continue when he appears again on Saturday. He needs a big game, as do all the replacements.

Is Lydiate for Croft to get more power in the back row and beef up breakdown and defence?

Dan Lydiate has done a lot of hard graft on the tour and probably would have felt hard done by not to have been selected last week, as would Sean O'Brien.

Equally, Croft is going to feel it this weekend after being relegated to the bench. I don't understand the swap other than Lydiate gets himself involved more in the game and is a better close-quarters operator.

I hope Lydiate's inclusion doesn't mean the Lions are going to play a tighter game. They have to go out and score tries. One plus with Lydiate playing is that Sam Warburton seems to enjoy having him alongside and that brings out the best in him.

Are you surprised the Aussies have stuck with O'Connor at 10? Will they land their kicks this time (I believe Lealiifano is first-choice kicker)?

I'm not surprised James O'Connor remains at 10. If Robbie Deans left him out it would have been an admission that he got it wrong.

Let's be honest, if Australia had a kicker last weekend they would have won so it's vital for the Wallabies that Christian Lealiifano gets his sight and range tuned in right from the off.

How do you see the second Test going? Who will win - and by how many?

This is a very dangerous and capable Australia team with oodles of attacking qualities.

The Lions will know they got away with one last weekend and must take the game to the Aussies. They can't take the safe options. My head says the Aussies to win, but I can't help thinking Leigh Halfpenny could well steal it for the Lions. That's what I'm hoping.