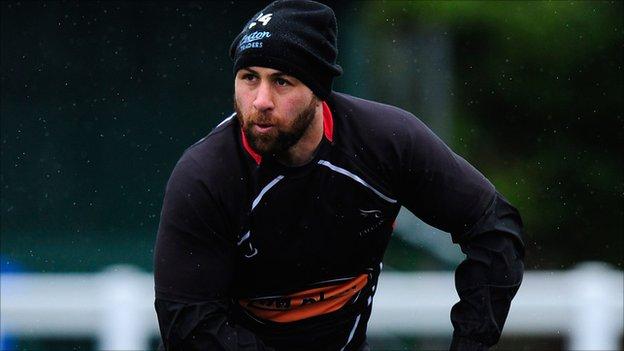 Newcastle Falcons centre Jamie Helleur has signed a two-year contract extension at Kingston Park ahead of the club's return to the Premiership.

Helleur, 29, who joined from Auckland Blues in the summer of 2011, scored five tries in 22 games in last season's Championship promotion campaign.

The Samoa international made 17 Premiership appearances in his first Falcons season.

He played Super 15 and ITM Cup rugby during his time with Blues.

"Jamie has a lot of experience," director of rugby Dean Richards said. "I am delighted that he is staying with us as we continue our preparation for the new season."