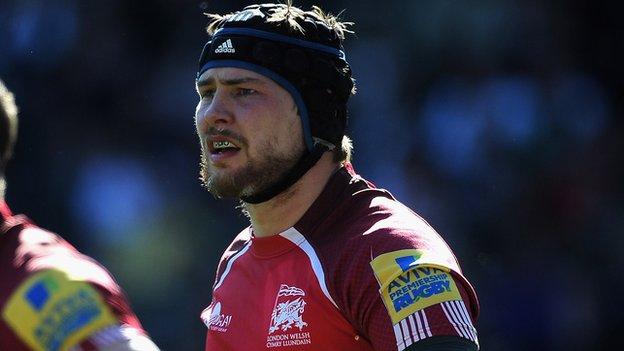 The 26-year-old made 92 appearances in two spells for the Exiles.

A product of the Llanelli Scarlets academy, George represented Wales from Under-16 to U21 levels, and captained the U19s during the IRB World Championships in South Africa in 2005.

"He's someone who I came across at Llanelli," director of rugby Nigel Davies told BBC Gloucestershire.

"He's a fairly young hooker and it's a key position for us. We need to make sure we've got plenty of cover and the right quality there."

George will compete for the number two shirt with Koree Britton, Darren Dawidiuk and Huia Edmonds.

Davies added: "Anybody that we bring in, we believe that they're ready [to compete]. And, in the right environment, we hope to see them grow and reach their full potential.

"That's our job as coaches and strength and conditioners, to help them be their best from a physical, mental and tactical point of view."

"If we can do that, then Dan will develop within this system and he will really push these guys."