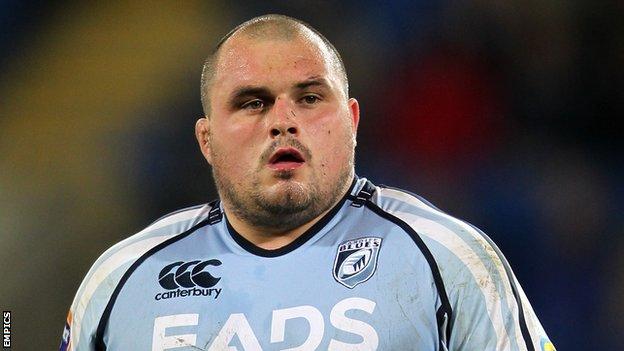 Championship-bound London Welsh have added to their front row with the signings of Nathan Trevett from Cardiff Blues and Queensland Reds' Kevin Davis.

Loose-head prop Trevett, 28, will renew ties with new Welsh head coach Justin Burnell, whom he worked under at Blues.

The former Wales Under-19 international made 33 appearances for Blues in his two seasons at the club.

Ex-Leicester Tigers trainee Davis, 27, can play at loose-head and hooker and represented England at under-20 level.

"These are two very solid signings which will bolster an already competitive London Welsh squad, as we aim to regain Premiership status," Burnell told the club website.

"Obviously I know Nathan from my time with Cardiff Blues and have extensively researched Kevin and watched footage of him.

"I am confident that we have added two experienced players that can help us achieve our ambitions."