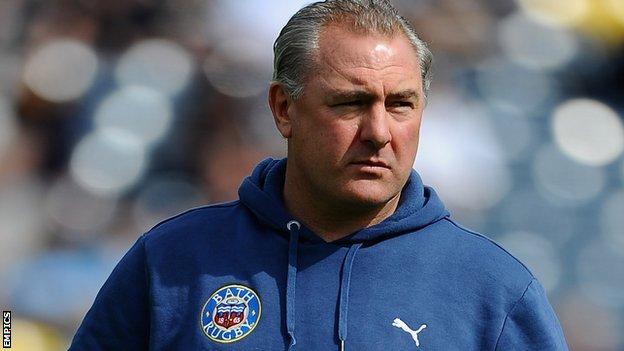 Head coach Gary Gold will become director of rugby at Bath as part of a reshuffle within their coaching staff.

The South African will be in charge of recruitment, wage caps, strength and conditioning and the rugby department, including the academy.

Gold's current role will be filled by defence coach Mike Ford, who will assume responsibility for the day-to-day preparation of the first team.

Neal Hatley and Toby Booth will continue as first-team coaches.

Bath, who finished seventh in the Premiership last season, have said the structural changes were necessary as Gold was "stretched too thin" with his duties.