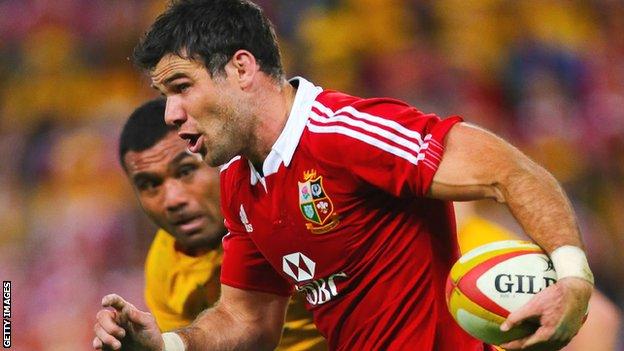 The Lions won 23-21, but Phillips had a difficult match and was replaced by Ben Youngs after 62 minutes.

"The Australians are renowned for their homework and they got hold of Mike Phillips," said Dawson.

The team for the second Test in Melbourne will be named on Thursday.

The Aussies were fooling him [Mike Phillips]. I think the Aussies maybe worked him out a little bit.

He believes Youngs' quicker, less-confrontational style may suite the Lions' cause better than the famously combative Wales scrum-half Phillips.

"The Lions are all about momentum," he said.

"They need pattern, they need to get into strategy and actually they didn't do that until, really, Ben Youngs came on with 20 minutes to go.

"And all of a sudden everything calmed down, people could get into position and just run the clock out and they threatened a couple of times."

He added that the Wallabies had deliberately set a trap for Phillips, encouraging his naturally aggressive style.

"What they were tending to do was just give him half a gap - he cannot help himself, he has to have a go," said the 2003 World Cup winner.

"And the Aussies were fooling him. I think the Aussies maybe worked him out a little bit."

Phillips played in all three Test matches on the tour of South Africa in 2007, and was a key member of Wales' teams that won Six Nations Grand Slam in 2008 and 2012, and the team that retained the championship in 2013.