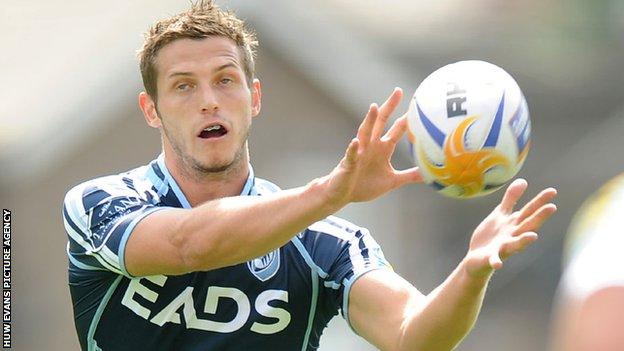 Jason Tovey has re-joined to Newport Gwent Dragons after spending just one season with the Cardiff Blues.

Dragons' director of rugby Lyn Jones said he was delighted after securing the player on a three year contract.

"Things haven't really worked out for him at the Blues but we are looking forward to... helping him to achieve his full potential," he said.

Tovey, a versatile back who can also play full-back, scored 22 points in 17 appearances for the Blues having been unable to hold down a regular place in his preferred number 10 shirt.

"Last season proved a difficult one for me personally, but I'm delighted to be working with Lyn [Jones] again," he said.

"I'm looking forward to improving my game and helping Gwent get back up the league where they belong.

"I've missed playing in front of the Rodney Parade supporters and hope I can add to an exciting and optimistic few years back in Newport."

Blues chief executive Richard Holland said: "I would like to thank Jason for his commitment to Cardiff Blues over the last year and I would like to wish him all the best in the future."