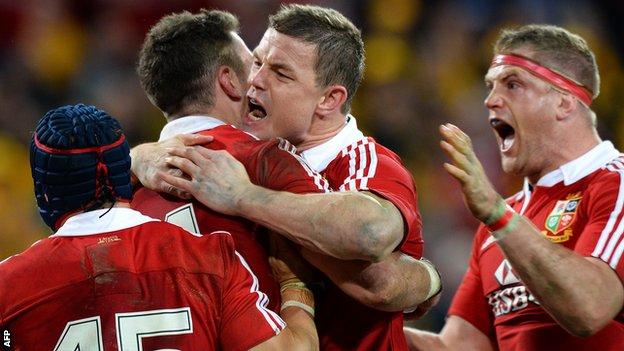 No-one said a Lions Test series victory has to be a thing of beauty, or a clear demonstration of superiority.

The last two successful squads were happy to profit from their hosts' misfortune at crucial moments.

A celebrated error from the great David Campese got the 1989 vintage over the line in the decisive third Test in Australia.

The Lions have faced Australia in Brisbane on eight occasions and have won all of them.

Tom and Ben Youngs were the first brothers to play for the Lions in a Test match since Gavin and Scott Hastings in 1989.

Prop Alex Corbisiero gained more metres (30) in the first half than all of Australia's forwards combined (26).

In 1997 the Springboks scored three tries to none and battered the Lions for long periods in the second Test in Durban. But they couldn't land a single shot at goal, allowing Jeremy Guscott to steal the glory instead.

If the class of 2013 go on to add their names to the legends, no-one will give a hoot that they could - and perhaps should - have lost this first, utterly compelling, Test in Brisbane.

If their victory owed as much to the inadequacy of their hosts in one critical department as their own efforts, so be it. Any Lions Test victory is to be cherished. They have only won two of the last nine, after all.

If this one helps to strengthen the brand, and perhaps goes some way towards ensuring its future, no-one will be complaining.

Here was an occasion that lived up to the hype in spectacular fashion, with the 25,000 Lions fans in an enthralled capacity crowd playing a full and vociferous part.

If the brutality of the collisions wasn't quite on the scale of the second Test in South Africa four years ago, it wasn't far off.

Lions coach Warren Gatland described it as a "bit like a sparring match, both teams finding out about each other". In which case heaven help the players when we get to the championship rounds.

As in Pretoria, the Lions led for long periods before being pegged back towards the end. Again, the outcome was decided by the last kick of the game, only this time Kurtley Beale could not do what Morne Steyn did and break Lions' hearts, twice missing penalty chances to land the killer blow.

And again, the body count was huge. But it was Australia, rather than the Lions, who lost four players to injury and ended with others playing out of position.

While Gatland was adamant the Lions deserved victory, ultimately they got out of jail.

They found themselves on the wrong side of referee Chris Pollock at the start and end of the match, and so nearly paid for it.

Were it not for James O'Connor and Beale, who between them missed five kicks, and 14 points, the Wallabies could have won despite enjoying less possession and territory, and conceding 14 turnovers to the Lions' three.

The hosts were clinical, scoring two tries from three line breaks, both finished in style by Israel Folau on a highly promising Test debut. 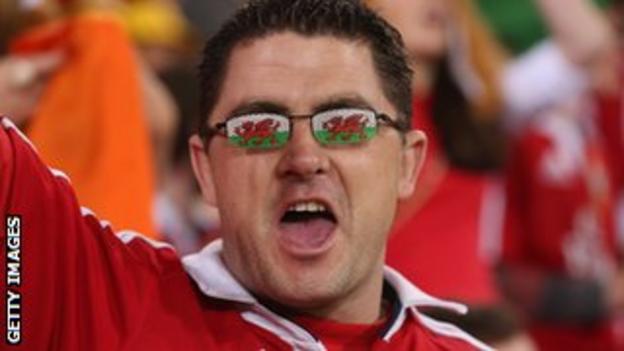 But the Lions' wings were no slouches either. In the same city where Jason Robinson and Brian O'Driscoll dazzled 12 years ago, George North scored a sensational individual try to sit alongside those two in Lions folklore.

"When the ball dropped out of the sky my first thought was just to run," said the Welshman, who fielded Australia full-back Berrick Barnes' high kick, eluded the attempted tackles of Pat McCabe and O'Connor, then left Barnes for dead before evading the covering Will Genia. "I can't begin to tell you how good it felt when I crossed that line."

Nine minutes into the second half, Wales' other out-sized wing, Alex Cuthbert, was experiencing a similar sensation after surging onto Jonny Sexton's pass.

Yet while both showed their potency in attack, there were also lapses in defence. Tommy Bowe's return to fitness - he will be available for the second Test after coming through a contact training session - means Cuthbert's place could be under threat.

Manu Tuilagi is also set to be given a run in Tuesday's final midweek game against the Melbourne Rebels after recovering from a nerve problem in his neck. If he comes through that, the Lions will be able to summon even greater firepower.

While prop Alex Corbisiero received treatment for a tight calf and will be further assessed, that was the extent of their injury concerns.

The Australians are already reeling. Berrick Barnes (jaw) and Pat McCabe (neck) must be regarded as doubtful starters next week, while Christian Leali'ifano was knocked out inside the first minute of his Test debut, and another centre, Adam Ashley-Cooper, was also forced off with a shoulder injury.

A backline reshuffle is inevitable, but one player who will definitely start is Beale. The late kicking lapses aside, he was a constant threat with his incisive running and probing passing after replacing Barnes at full-back. If he had started the game, it is easy to imagine a different outcome.

With O'Connor an unconvincing presence at fly-half, it would be no surprise if they swapped positions in Melbourne.

Where Australia's kicking failed them at critical junctures, the Lions had the reassuring right boot of Leigh Halfpenny, who nailed five out of six. That's 27 from 29 on tour now. It is a shock when he misses, whatever the distance or angle.

If the Wales full-back is one of the Lions trump cards, their line-out, a cause for concern at times on this tour, was another source of comfort to take into the next two weeks.

An immaculate return of 12 from 12 on their own ball reflected well on hooker Tom Youngs, even if a majority were safe throws to Jamie Heaslip or Tom Croft at the front.

Elsewhere, there were issues for Gatland and his coaches to ponder. The scrum was a mixed bag, getting the upper hand early on but faltering after the early removal of props Corbisiero and Adam Jones.

Losing their own ball at a scrum in front of Australia's posts, and then yielding the penalty that gave Beale the chance to win the game, will make for a grisly review.

The Lions' game management "wasn't as good as it should have been" either, according to Gatland, as they conceded penalties immediately after Cuthbert's try, and Halfpenny's final kick.

Brian O'Driscoll was clearly infuriated by twice being penalised for going off his feet early on, to the extent "he was afraid to go and compete after that because he felt there was a yellow card situation", Gatland said.

The breakdown was predictably ferocious, with Australia - and the impressive Ben Mowen in particular - successfully disrupting the speed of the Lions' ball, and scrum-half Mike Phillips.

Gatland is optimistic that with a different referee - South African Craig Joubert - next week, the Lions will have more success in "clearing away some of the defenders who are hanging around at the back of the ruck and causing a nuisance."

If they can find a solution to that problem, the Lions showed they have the guile - through Sexton and O'Driscoll - and firepower to clinch the series in Melbourne.

If they don't, they will still be better off than four years ago, with one last "shot at forever" - as Paul O'Connell likens the prospect of a series win - heading for the finale in Sydney.