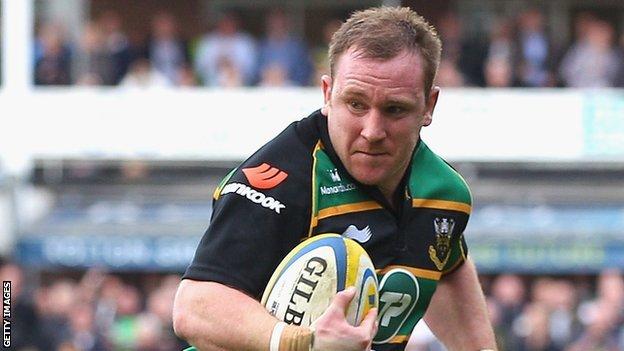 Northampton Saints winger Paul Diggin has extended his contract to become a player-coach at Franklin's Gardens.

Every team needs a Paul Diggin. Not only is he a fine winger, but he represents a vital link between the club and its community, having been born and raised in Northampton, within a punt of Franklin's Gardens.

Although he still has many years ahead of him as a player, this season has given him a taste of coaching and it's clearly something he relishes.

The academy product will take on a role working with the club's youngsters.

"Having the coaching helps me develop as a player. The knee feels fine. It was a very frustrating year and not to be involved was tough," he told BBC Radio Northampton.

"Hopefully with a good pre-season I can push the rest of the wingers hard and stake a claim for a place in the team.

"I've done a lot of work with the conditioning and physio departments and they've been brilliant to get me back ahead of schedule."

"We want to be competitive in every position and it brings out the best in players," he said.

"We've seen what George has been doing on the British and Irish Lions tour and he'll bring another dimension to the back three."