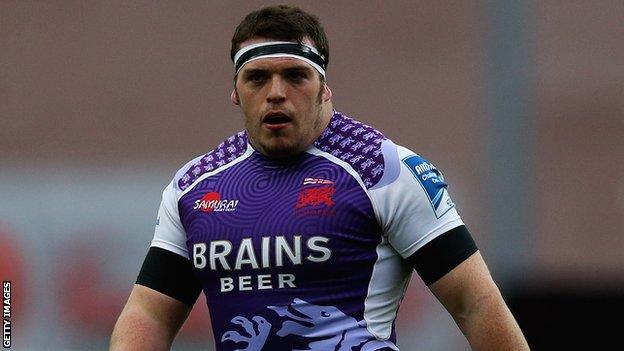 "He's a guy who was bang on form at the end of a tough season for London Welsh," said Exeter boss Rob Baxter.

"With Greg having a recently converted from tight-head prop - he's Premiership level in that position - what we see is a bigger guy with a big scrummaging background, but his biggest strength is his ball carrying."

"It's a great move for me and I wouldn't have come here if I didn't think we weren't going to go anywhere," he said.

"Having played against Exeter in the past I know they are a formidable unit and that they have a lot of strengths within."

"With Greg coming in we're now back to where we were last year with four, plus Tom Cowan-Dickie on dual registration at Plymouth, that's where we want to be," added Baxter.

"It doesn't take a lot of looking back just into last season to see what can happen. Jack came to the club from Doncaster, his first rugby involvement was on loan at Pirates and by the end of the year he'd started the last six or seven Premiership games."