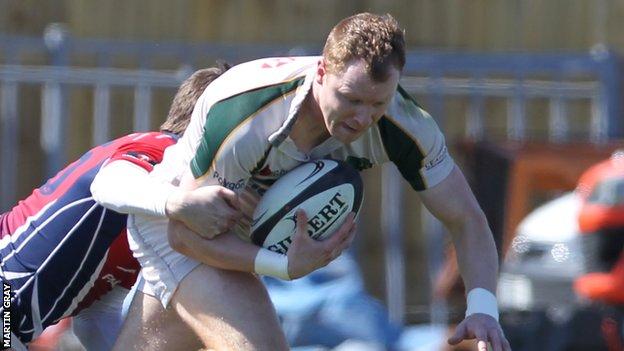 An injury-hit Sarnian side finished eighth in their first season at that level last term.

But Reynolds, who is wants to aim higher in the forthcoming campaign.

"If we can be top five this year and that will give us a good stepping stone for the year after when we want to have a strike at National Two," he said.

"This year's going to be about developing the squad that we have and getting into that top five spot," Reynolds told BBC Guernsey.

However, he expects achieving positive results will will be more difficult in the new season.

"A lot of the teams that came fourth from the bottom have moved on to other leagues and they've brought all the best teams up into our league," he added.

"It makes it interesting, but we came eighth in the past year with a pretty depleted squad and still think we can be a little bit more ambitious."