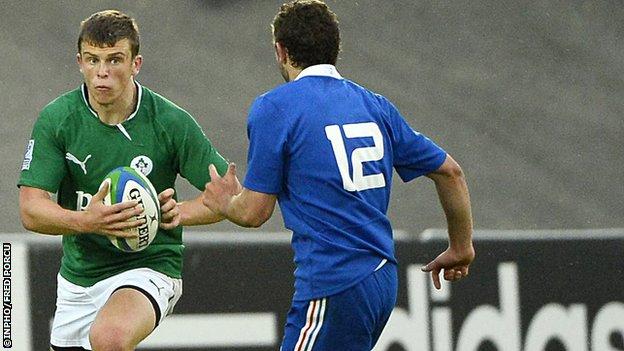 Ireland's narrow defeat by hosts France means they will face Australia on Sunday in the battle for seventh place at the Junior World Championship.

The Irish, who were fifth in the Under-20 tournament last year, were 5-3 up against the French thanks to a try by number eight Ryan Murphy.

Rory Scannell was unable to convert and France regained the lead with two Baptiste Serin penalties.

Scannell got a penalty with 15 minutes to go to cut the gap to a point.

In the semi-finals, England beat New Zealand 33-21 and Wales edged past South Africa 18-17.