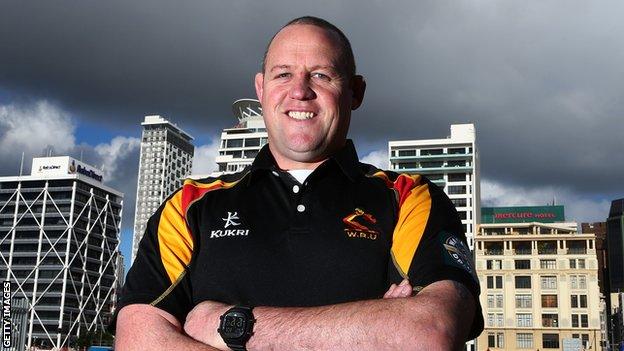 The 40-year-old was Japan forwards coach at the 2007 Rugby World Cup and has worked with Georgia.

"This is a very exciting opportunity for me to work with the Ospreys," he said.

Having previously worked with the New Zealand Under-17s he is currently with the All Blacks Under-20s at the Junior World Championship.

"I've spoken to everybody there and it's an exciting time for the organisation so I'm pleased to be a part of it.

"I'm really looking forward to a new challenge and testing myself in a different environment, in two big competitions, the Heineken Cup and Pro12."

Gibbes takes over from former Wales captain Jonathan Humphreys, who left his role at the Ospreys to become Scotland's forwards coach.

Ospreys chief operations officer Andrew Hore described the appointment of Gibbes as a "real coup" for the region.

"His track record and reputation in New Zealand speaks for itself," Hore said.

"Chris has a major part to play within our organisation in the coming seasons, working alongside Steve Tandy and Gruff Rees."