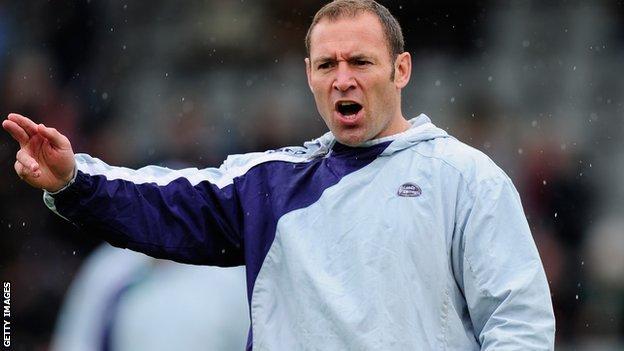 Diccon Edwards has resigned as head coach of championship club Leeds Carnegie with immediate effect, despite having one year left on his contract.

Edward led Leeds to the Championship semi-finals last season, where they were beaten by Newcastle by only four points on aggregate over two legs.

You would have to ask Diccon why he has stepped down. It's all happened extremely quickly

Director of rugby Chris Gibson will step in pending a new appointment.

Edwards, 40, joined Leeds from the RFU in 2011 having previously played for Leeds and coached at the club as academy manager.

He was also part of the RFU Championship XV coaching team last season for the one-off game against the New Zealand Maoris.

In a statement released by the club, Edwards, 40, said: "I wish the club all the best for the future. I am proud of the fact that the club is now in a stronger position than when I arrived two seasons ago and I am sure the players will continue to build on the progress we have made."

Hetherington continued: "You would have to ask Diccon why he has stepped down. He's been a tremendous servant to the club as a coach and a player and it's a big disappointment. It's all happened extremely quickly."

Hetherington said the process of searching for a successor had begun but would not be hurried.

"The players reported back for pre-season training this week and the majority of their time in the next few weeks will be with the conditioning staff so there is no pressure to rush into an appointment," he said.