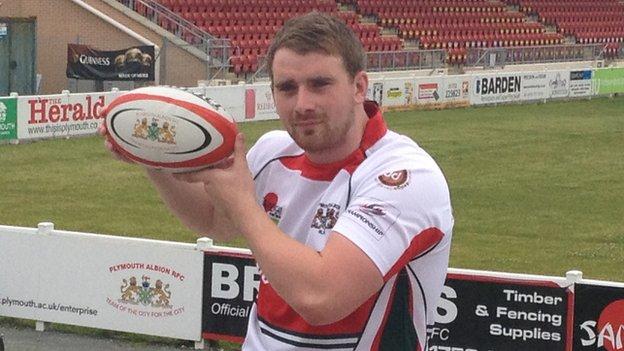 The tight-head is a former academy player at Newcastle Falcons and has also spent time at Tynedale and on dual-registration at Loughborough Students in National One.

"We've got a lot of new boys, a young team and we're going to play a good brand of rugby.".

Shields made four appearances off the bench for Nottingham last season and played 18 times in 2011-12, including one start.

"He's a big strong lad with a big physical presence.

"I knew him from his days up at Newcastle and Tynedale and knew that he would suit the way we're going to play."

"When you're looking for a club you want somewhere exciting and really ambitious and I think Albion's definitely that," Shields said.

"Nottingham was really good, I really enjoyed my time there but I feel I needed a new start and hopefully I'll get a lot of game time at Albion which is something I'm looking forward to.

"I'm aiming for that starting tight-head shirt, I've got to work really hard because we've got a good squad.

"There's going to be a lot of competition, but if I can get my scrum going well and my all round game I can make that shirt mine."