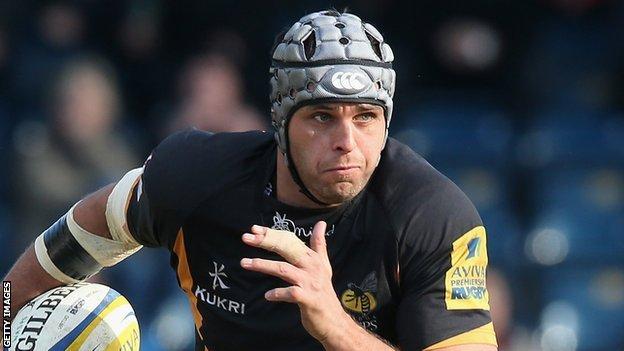 The 34-year-old twice-capped Springbok recently returned to Cape Town with the Barbarians and has opted to stay in the country for family reasons.

He has played 51 times over two seasons for Wasps and also had spells in the Premiership with Leicester and Leeds.

"It has not been easy to make this decision, but I left South Africa nine years ago and I realise that is where I need to be now," he said.

"It is tough to leave Wasps when things are looking so bright and I am grateful to [director of rugby] Dai Young for understanding my position.

"On the other hand, I am happy to be leaving when things are going well for the club and I think there is a very positive future with the squad that Dai is developing here."

Wentzel started 18 of the club's 22 Premiership matches last season, scoring one try, and was used as a replacement in three others.

Young added: "It's disappointing to lose Marco, especially at this time of year which will make replacing him very difficult.

"He has played an important role for the club over the last two seasons and I know it wasn't an easy decision for him."