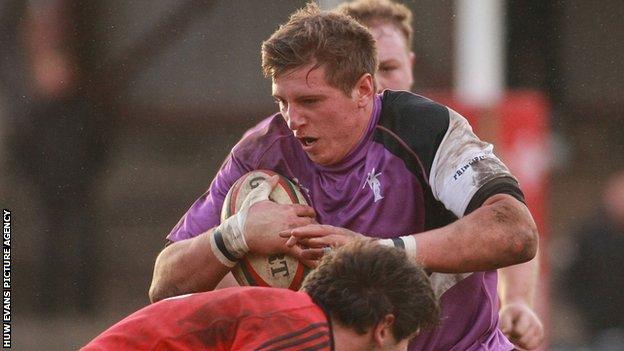 Aberavon lock Sam Williams has become the Ospreys' latest signing ahead of the 2013-14 season.

Williams joins and Canadians and in joining the Pro12 side.

The 23-year-old has earned a first professional deal having been on development terms for four seasons.

"We see him providing competition to the more established players in that position," said Ospreys' Andy Lloyd.

"He did a decent job for us in the LV= Cup last season, starting three out of our four games and giving us an idea of what he is capable of at this level.

"He's a good rugby player with a good understanding of the game and he's pretty athletic, which is a good combination for a second row."

Williams added: "It feels good to get this recognition and sign my first pro contract.

"It's been a long road, I've been a part of the set-up for what seems like a long time and seen other players stepping up so I'm pleased to eventually earn the contract I've been working for."