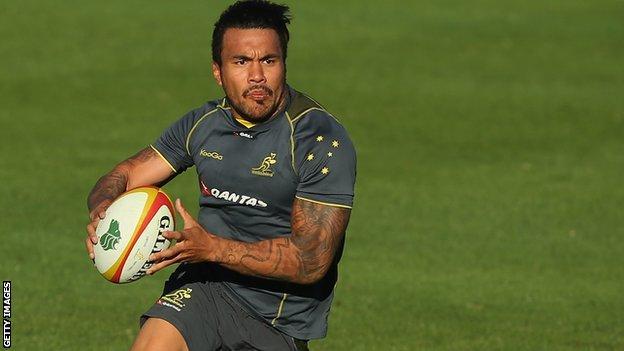 Australia wing Digby Ioane has declared himself fit for the first Test against the British and Irish Lions in Brisbane on Saturday.

The 27-year-old was a major doubt after undergoing knee surgery at the end of last month and his return will be a filip for Aussie boss Robbie Deans.

"It's feeling good, I'll be ready for this weekend," said Ioane.

"I just had to do the little things first to get it right but now I'm right to go."

Ioane, whose operation was to clean up damaged cartilage in his knee, would be likely to play on the left wing if selected by Deans.

"It had been frustrating but we've got very good doctors and physios," added the Queensland Reds player.

"All I have to do is just get picked for this weekend."