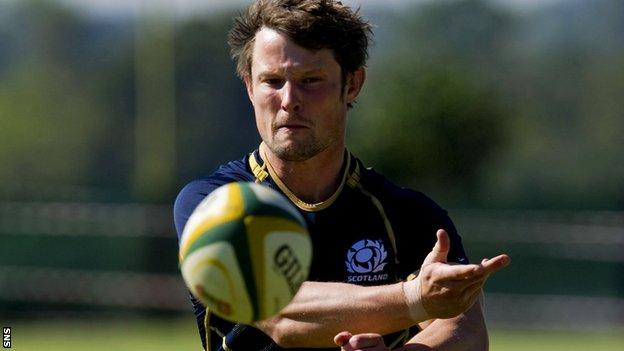 Scotland have lost two more players to injury on their tour of South Africa, with Ryan Wilson and Peter Horne set to fly home early.

Back-row forward Wilson damaged his shoulder in the 30-17 loss to the Springboks on Saturday, while stand-off Horne has a knee problem.

No decision has been made on possible replacements for the Glasgow duo.

And lock Jim Hamilton will miss Saturday's final match with Italy as he returns to be with his pregnant partner, which was agreed before the tour started.

Stand-off Ruaridh Jackson, who was replaced by Horne in Nelspruit, also picked up a shoulder injury but will remain with the squad and receive medical attention.

Hooker Steve Lawrie, who missed the match against South Africa with a sore back, is said to be recovering.

Stand-off Tom Heathcote was absent on Saturday after suffering concussion in the opening defeat by Samoa but should be in contention for the third-place decider in Pretoria.