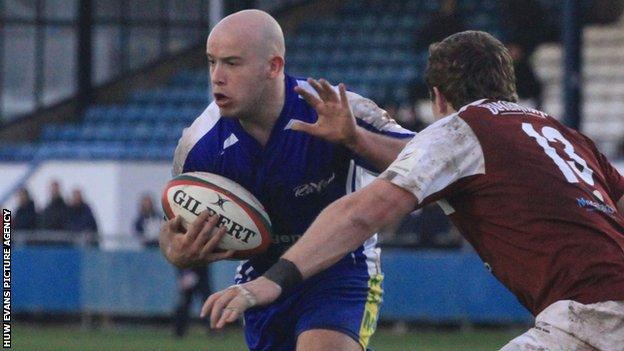 The Ospreys have signed call-centre worker, and Bridgend full-back, Jamie Murphy ahead of the 2013-14 season.

The 23-year-old first played for Bridgend as a teenager but returned to Brewery Field after a spell in rugby league with South Wales Scorpions.

He also held a development contract with the Crusaders before their them out of Super League.

"I only gave up work a few weeks ago. This beats working 9-5," said Murphy. "I realise how privileged I am."

Murphy made two appearances for Ospreys in the LV= Cup in January 2013 and also previously played for Aberavon.

He added: "I just want to dig in and get a good pre-season under my belt.

"I was fortunate enough to be on the radar last season and play in the LV= Cup but I never imagined that I'd get a deal after just two games."