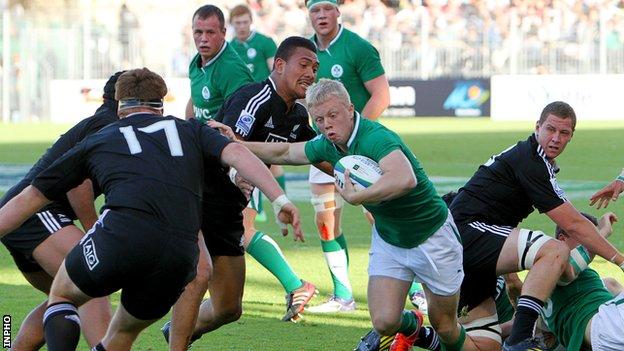 Ireland have missed out on a semi-finals spot at the Junior World Championship after this narrow defeat in France on Thursday night.

New Zealand's Patrick Tuipuluto opened the try-scoring before Ireland's Thomas Farrell went over for the Irish.

New Zealand led 14-11 at the break and surged clear with two Epalahame Faiva tries and another from Visinia.

Dan Leavy and Ed Byrne went over as Ireland fought back but it was not enough in the Vannes encounter.

Their first game will be against hosts France next Tuesday.

Ireland started their pool campaign with a 19-15 victory over Australia before hammering Fiji 46-3.