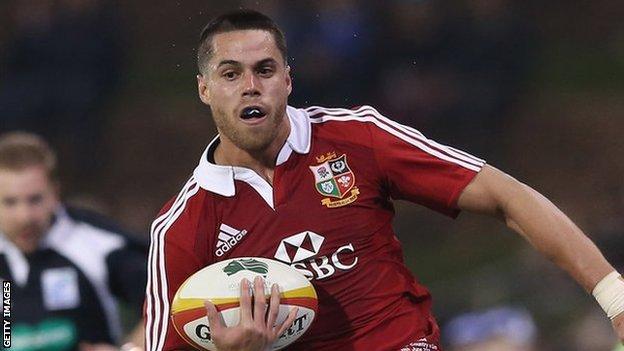 Sean Maitland is the only Scot to be named in the on Saturday.

The 24-year-old reverts to his favoured right wing berth after starting at full-back in Tuesday's 64-0 win over a Combined Queensland-NSW Country XV.

Scotland team-mate Stuart Hogg was praised for his performance at fly-half but sits out this time.

Richie Gray, who started in Newcastle, and Ryan Grant also miss out.

Prop Grant, who had joined the squad as injury cover, had made his Lions debut as a second-half replacement.

Maitland will take to the field in Sydney as part of a strong side containing up to a dozen likely Test contenders.

He takes the place of Alex Cuthbert, who is rested after starting three of the first four games of the tour.