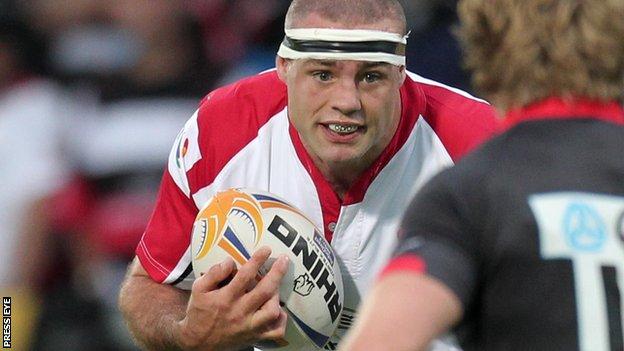 Ulster lock Lewis Stevenson will be out of action for six to eight weeks after suffering a hernia injury.

The 29-year-old will have surgery on Thursday on the injury, sustained while on tour with the Emerging Ireland squad in the IRB Tbilisi Cup in Georgia.

Stevenson is expected to be back for Ulster before the start of next season.

Ulster prop John Afoa is also set to be available for the beginning of the 2013/14 campaign after an operation on an arm injury.

The All Black tore a tricep tendon in the Pro12 final against Leinster last month.