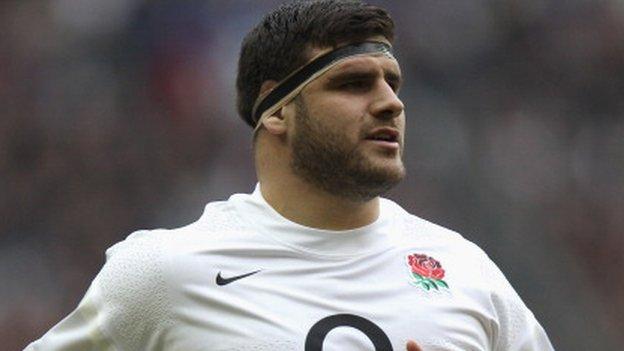 Hooker Rob Webber says he expects the Pumas to lift their game as England seek to complete their first 2-0 series win in Argentina.

Webber said: "To win both Tests would be a massive achievement.

"I think Argentina will up their performance considerably so we'll need to do the same."

The 26-year-old, who made his first start for England in the 32-3 victory in Salta, added: "To win any Test match is tough, but to come out here to a fairly hostile place where I don't believe any England side has got a 2-0 series win before and win both Tests would be a big scalp for this young side and a step in the right direction.

"It was a very encouraging performance in Salta. In the first half we really showed our true colours. We maybe fell off the pace a bit in the second half, but we'll look to rectify that this week.

"The whole team did really well. To nil any team try-wise is fantastic."

Gloucester-bound loose forward Matt Kvesic, who made his debut in Salta, caught Webber's eye in the victory, but it was the strength of the team performance that most satisfied the former Wasps man.

"I thought Matt had a great start at openside flanker - he was a real nuisance at the breakdown," Webber continued. "But everyone worked really hard and I think the defence was fantastic.

"It was a physical match and it did take a lot for us to score those points. Nothing came easy. Argentina will have that same physicality in the second Test and I imagine their set-piece will probably go up a few notches."

The summer tour of South America has brought a difficult year-and-a-half to a positive end for Webber.

After making his England debut during the 2012 Six Nations, Webber tore a muscle in his shoulder and spent the next 10 months on the sidelines, only returning to first-team action in January.

"I was delighted to get the nod to start in Salta," said Webber. "I was very, very proud.

"I've got to look to try and impress as much as I can and take these chances when they are given. It's something I want a lot more of, and that's down to me really."