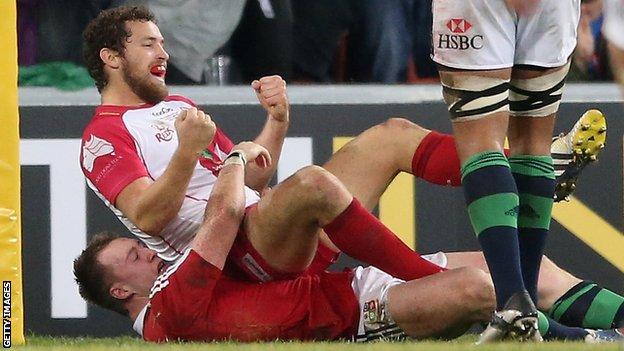 Queensland Reds winger Luke Morahan has been brought into the Australia squad for the Test series against the British and Irish Lions.

Head coach Robbie Deans called up the 23-year-old after Brumbies winger Joe Tomane was ruled out of the opener on 22 June with a fractured toe.

Morahan impressed in the Reds' 22-12 loss to the Lions on Saturday, scoring an excellent kick and chase try.

He made his only international Test appearance versus Scotland last year.

Morahan had been with the Australia Sevens team at a training camp on the Gold Coast since facing the tourists.

Tomane sustained his injury while preparing with the Wallabies on Sunday.

He will remain part of Deans's squad while he recuperates from the small fracture, in the hope he can feature at a later date.

Australia begin their campaign against the Lions next Saturday in Brisbane, with further games to come on 29 June in Melbourne and 6 July in Sydney.