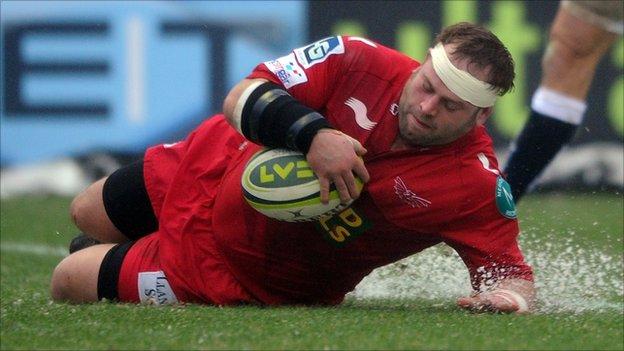 Relegated London Welsh have confirmed the signings of Scarlets prop Peter Edwards and fly-half Will Robinson, who joins from London Wasps.

Shrewsbury-born Edwards, 32, made 40 appearances for the Scarlets having joined the region in 2010.

The tight-head made his debut against Benetton Treviso in September 2010.

Robinson, 20, is a product of the Wasps Academy and has represented England at Under-18 level. He made a total of five senior appearances for the club.

Edwards and Robinson bring London Welsh's number of new signings for next season to ten.