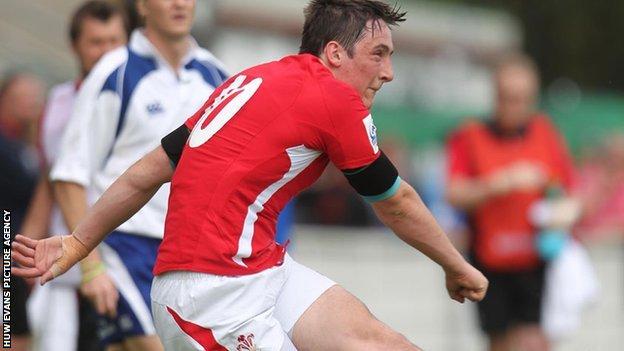 Wales under-20s made it two wins out of two despite a rousing fight-back by Scotland in the IRB Junior World Championship in Nantes.

Wales scored tries by Aaron Warren and Steffan Hughes, both converted by Sam Davies, who also kicked three penalties and a drop goal.

Scotland hit back with tries by Adam Ashes and Eoghan Masterson, Tommy Allen converting one and kicking three penalties.

Wales next play Argentina on Thursday.

The Junior Pumas are also unbeaten, after their 28-16 win over Samoa on Sunday.

Wales opened their campaign with a comfortable 42-3 win over Samoa on Wednesday, 5 June.