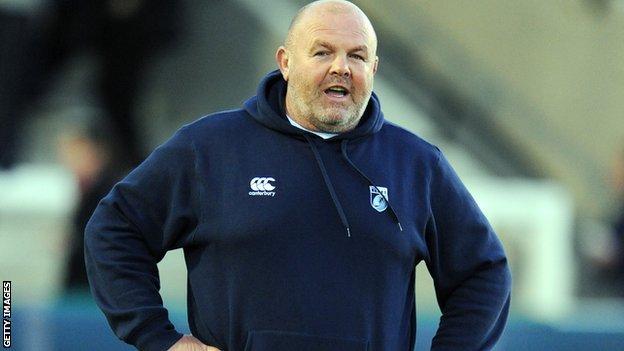 Burnell, 45, has previously coached at Cardiff Blues and will join the set-up "almost immediately" with pre-season training commencing on 17 June.

"I look to build upon the foundations laid over the last couple of seasons, with the aim of regaining Premiership status," Burnell said.

"This represents a huge and exciting opportunity for me."

Burnell was a joint head coach and forwards coach of Cardiff Blues, helping guide them to a Heineken Cup quarter-final appearance in 2012.

Who is Justin Burnell?

The club said he was drawn from a three-man shortlist of "very strong candidates".

London Welsh Chairman, Bleddyn Phillips, said: "We are very fortunate to have been able to secure the services of someone with a track record such as Justin's so quickly.

"Not only did he have an excellent reputation while forwards coach at the Cardiff Blues but he also demonstrated an enthusiasm, high degree of technical knowledge and considerable empathy with the players.

"I was most impressed when I met Justin earlier this week and was struck by his candour, commitment and understanding of the key challenges facing London Welsh as it prepares for next season.

"I have no doubt that he will be a considerable force for good for the club and a worthy successor to Lyn Jones."