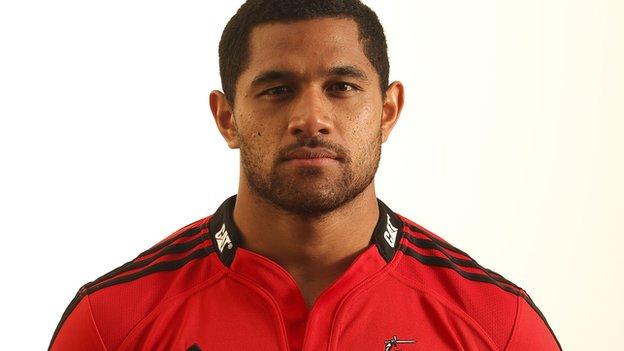 Worcester Warriors have made their 11th new signing for the 2013-14 season by bringing in Samoa international Jeremy Su'a from Canterbury Crusaders.

The 24-year-old scrum-half, who has won eight caps for his country, will become the second Samoan at Sixways, following in the footsteps of winger David Lemi.

"It's an opportunity to experience rugby in the Northern Hemisphere. That will be hugely beneficial to my game."

Su'a, who was in the Samoa squad for the 2011 Rugby World Cup, is in their team to play Scotland in Durban on Saturday.

He will join up with his new team-mates next month, when he will battle for the number nine jersey with Jonny Arr and Paul Hodgson.

Su'a was previously contracted to the Waratahs and was in the Melbourne Rebels wider training squad before becoming part of the Crusaders set-up for the 2013 Super Rugby season.

He is new coach Dean Ryan's third signing, following the arrivals of Hhooker Chris Brooker from Harlequins and flanker Jonathan Thomas from Ospreys.