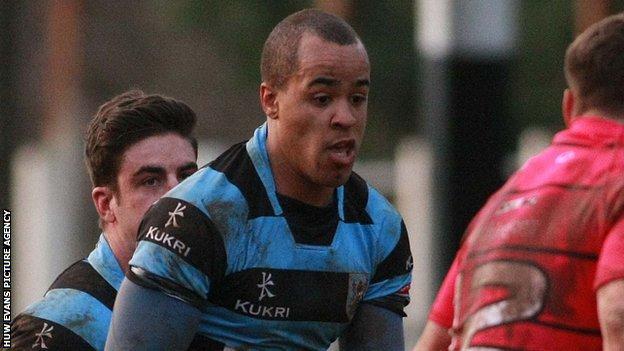 The 24-year-old joined Cardiff last summer after playing for Neath, where he scored six tries in 22 games in the 2011-12 season.

He began his career at Carmarthen Quins and joined Pro12 side Newport Gwent Dragons in 2010.

Davies, who can also play full-back, is the sixth back to join Albion since

Last week Albion unveiled and have also brought in